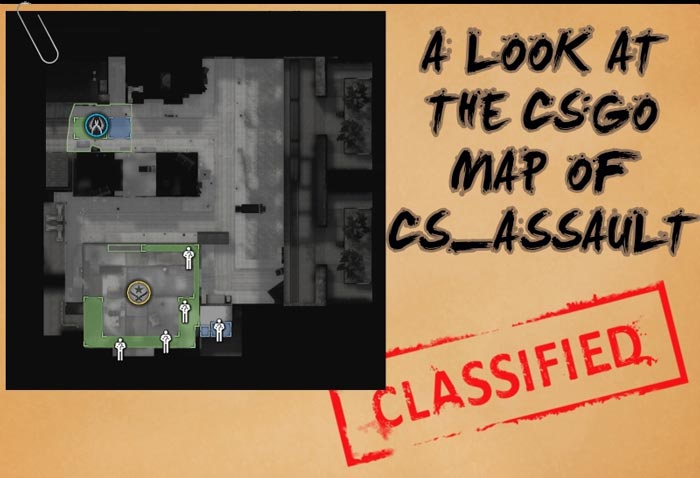 Assault (cs_assault) is a Hostage rescue map featured in Counter-Strike. It appears in every game of the Counter-Strike series since Beta. It was a largely popular map in
Counter-Strike 1.6, but has lost a lot of its appeal over the course of its rehashes. 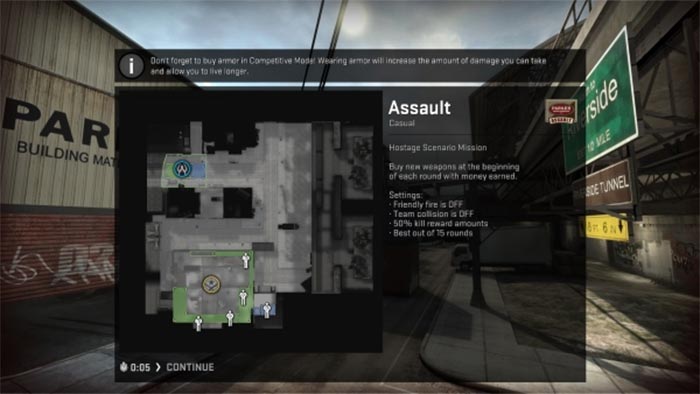 Cs_assault largely went unchanged until Counter-Strike: Source. The iconic security cameras that the Terrorists could use to view outside of the warehouse were removed. The highway overpass that led to the front entrance of the warehouse was changed into a train
station. In Counter-Strike: Global Offensive the hostages were split up as well, with one hostage moving towards the bottom level of the warehouse. Visual upgrades also were added, such as a weapons rack in the hostage room displaying every weapon available in the game. A road sign was also added, displaying the town name Riverside (a reference to Left 4 Dead). 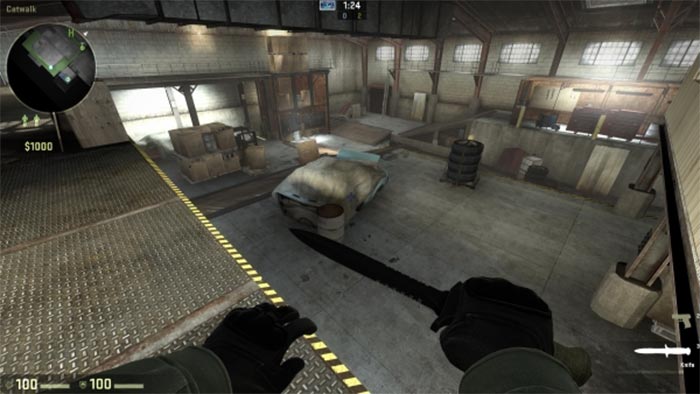 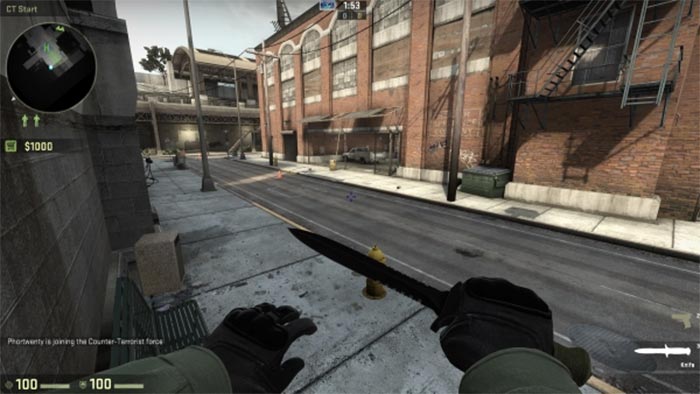 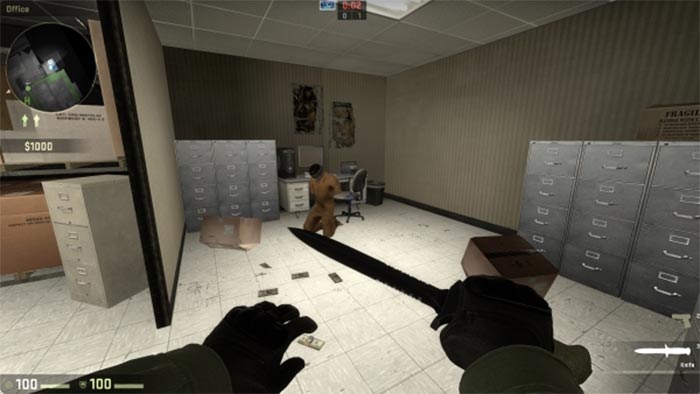 Hostage Site B (Inside Warehouse) 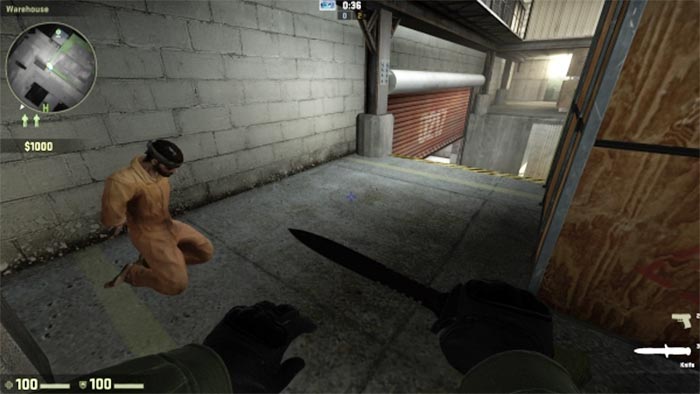 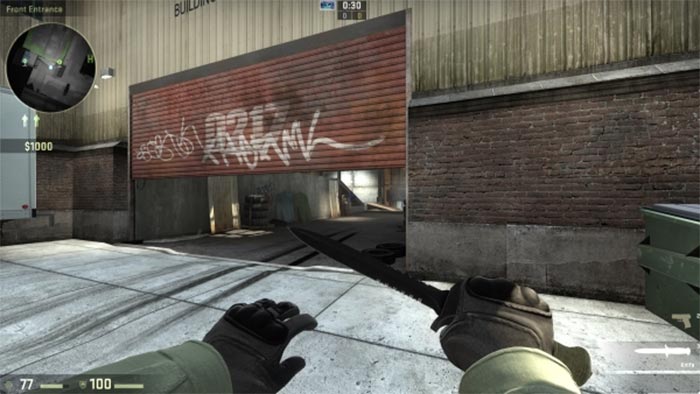 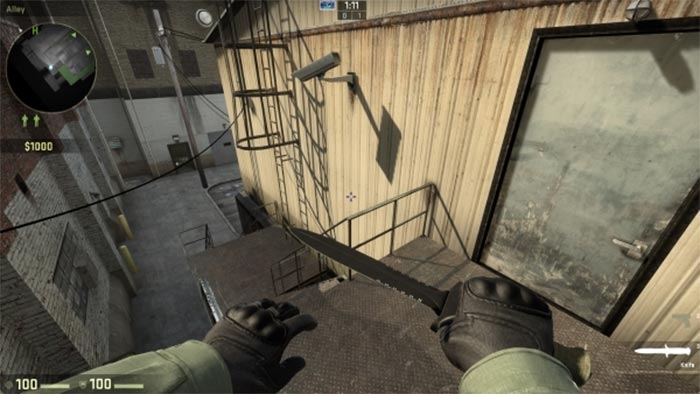 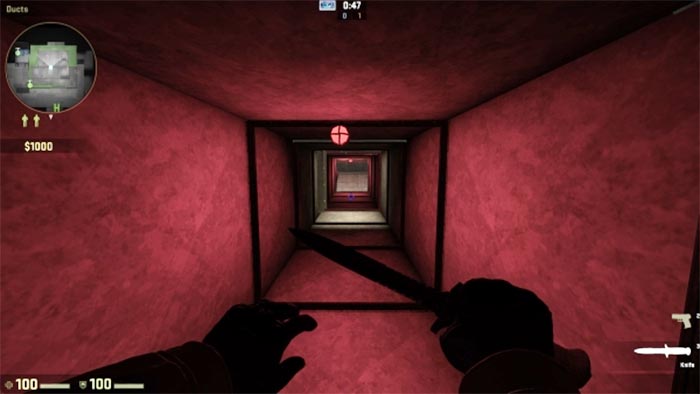 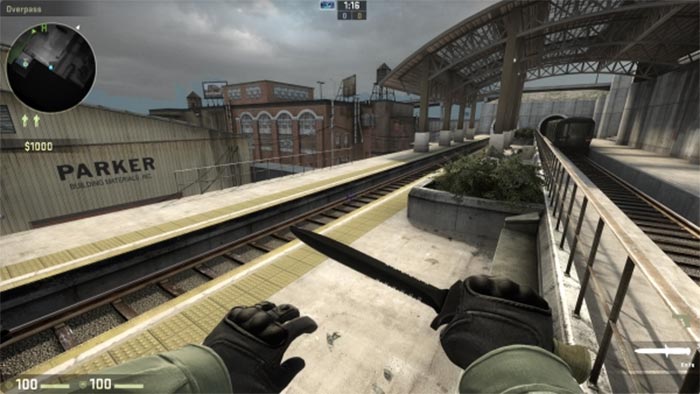