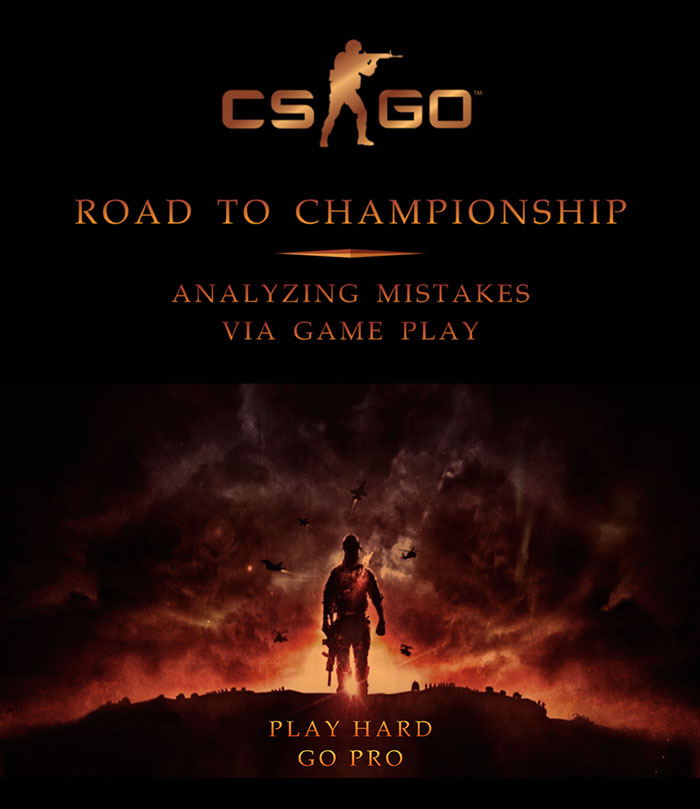 As a professional counter strike player with years of experience, I can honestly tell you that the learning curve of game play is continuous. With each passing game and every hour of practice put in, you improve your game. Whether it is getting to learn the maps better, devising better strategies or improving your shooting game, you always learn something new. After all, if you don’t learn, your game stagnates and your chances of winning diminish significantly. However, what’s more important than analyzing your mistakes during the tournament is identifying errors of your current team and understanding your competitors’ strategies.

<pSo how do you learn?

With hundreds of thousands of people watching you live all over the globe, nerves are bound to play a huge role. Hence, a significant portion of learning involves getting to
deal with the pressure and playing well under it. When you have played one or two matches, you are naturally going to be able to deal with the pressure better and get used to the huge number of people watching your every move. Not only that, but playing in the
tournament can also tell you how to change your strategies accordingly. As each team is different, your strategy must be different as well and this can only be done once you have played a couple of matches of the tournament.

Moreover, with the progression of the tournament, you can also analyze your mistakes and make adjustments if necessary. For example, if you think that the other team has a good sniper on it, you can make changes to your lineup and bring in a player who specializes in sniping to counter the threat. In the end, whatever the changes you make and whatever you do, it is integral that you keep learning and adjusting. For if you don’t learn, chances are that you are going to come against a team which is better prepared.