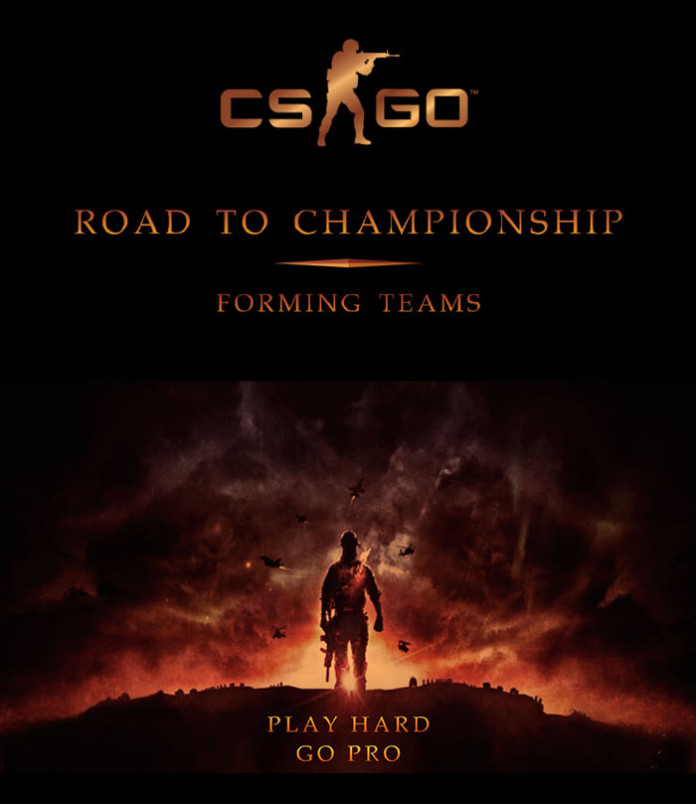 Entering a professional Counter Strike tournament takes a lot of thinking and strategic planning. Playing on a professional or an amateur level, as compared to playing at a beginning level, changes the whole complex of the game as the players are no longer differentiated on their skills. Instead, matches played by professionals often boil down to the strategy and game plan executed by the teams in the tournament.

With such minor differences in skill levels and a strong emphasis on the overall game plan, it is of paramount importance to enter a professional tournament with a group of players that are at ease with their game and possess the ability to execute different tactics whenever need be.

Sourcing a group of players that can ensure success at the professional level is a step by step process, requiring the team captain or founder to make sure that all the little boxes are ticked. In fact, when forming a team to enter some of the biggest tournaments, I was faced with several challenges. The greatest of these challenges, for me personally, was to ensure that I could source a group of players that were comfortable with my style of play as much as I was with theirs. With this done, I knew that I had put my team in the best possible position to achieve success. However, coordination and coherence is just one of the building blocks of a successful Counter Strike team.

Though, below are some additional points I normally keep in mind when forming a Counter-Strike team:

A Counter Strike team, or Clans as they are more commonly referred to, are distinguished to the online world by their names. While choosing a name seems like a minor point of the overall game, remember that the name of your team or clan is what makes it stand out in the minds of people. Choose a name that is both different and truly representative of your team. Moreover, a powerful team name also has a psychological impact; the name of your
team does not only help you motivate your team members, but also plays a crucial role in creating apprehension among your opponents.

After creating a team name and choosing the 4 other members of your team, you need to undergo extensive training. Since Counter Strike is all about practice, emphasizing on extensive practice sessions cannot be stressed on enough. The key when testing is to play different maps; maps that will be utilized in the tournament you are entering of course.
Different players have different skills that are suited better to some maps than others, so it is important to learn about these before the major tournament starts.

For instance, putting a sniper at the Long area in Dust 2 is a useful strategy. However, the same sniper might not be so successful in other maps. Therefore, it might be necessary to learn about the sniper’s weaknesses and seek to position him or her on locations accordingly. More importantly, practice is best done by playing competitive matches with other teams. Although you can play a 2 on 3 match against your own team, nothing beats the environment of a real match. Thus, practicing with other teams with full 5 on 5 matches is the best, and recommended, solution.

Most Counter Strike matches are decided not by the skills of the players, but by the strategies employed by both the teams. A team that has its calling in place and all its members assured about their roles is bound to beat a team that lacks proper strategy. Utilizing grenades, knowing where and when to plant the bomb, and learning how to defend different sections of the map are all key components of a Counter Strike team strategy. Moreover, while coming up with a strategy is one thing, putting it into place and making it work takes hours of practice!

How to Outlast a Deathmatch in Counter-Strike: Global Offensive

Road to Championship: The Beginning

How to effectively use a Knife in Counter-Strike: Global Offensive

How to Outlast a Deathmatch in Counter-Strike: Global Offensive

Road to Championship: The Beginning