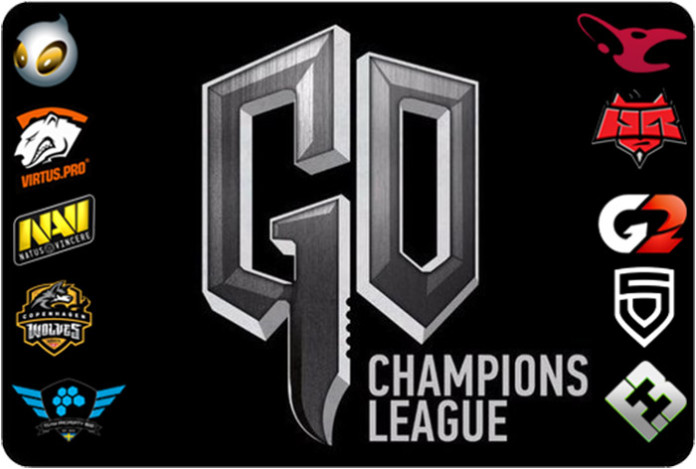 As the CS:GO Champions League moves further into the Playoffs, things have started to really heat up. While the Group Stages saw some fairly one sided matches, the Playoffs have seen some really tightly contested games, with no team giving the other even an inch of breathing space. The greatest surprise of the Playoffs, however, has been brought by none other than the Danish team, Team.Dignitas.CS. Languishing at the 7th spot at the end of the group stages with only 2 wins in 9 matches. In addition, the Danes have taken
their performances to a whole new level come with the onset of the Playoffs.

As per the rules of the tournament, the top 2 teams progressed directly to the 2nd Round of the Playoffs while the remaining 6 teams had to compete in the 1st Round.

As the teams progressed into the 2nd round of the Playoffs, Team.Flipsid3 had to face Team.Dignitas.CS. Facing off in a Best of 3 format match, the two teams first battled it out at the legendary De_inferno. Playing as Counter-Terrorists first, Team.Flipsid3 started off well and managed to win the round 9 to 6. However, little did the Swedes, Team.Dignitas.CS had another gear left in them. Taking the Counter-Terrorist advantage all the way home, the Danes won the round by an impressive score of 10 to 1, winning 1st of the 3 matches that were to be played.

Game two of the match saw the two teams battle it out at de_mirage. Here, Team.Flipsid3 once again elected to play as Counter Terrorists but lost the round 6 to 9. After the teams switched, Team.Flipside3 won the round with a score of 8 to 7. However, it was too late and once again the Danish team came out on top.

The second match of Round 2 was held between Team 1337 and SK.CS. The 1st of the 3 games was played out at de_cobblestone, where 1337 first played as Counter Terrorists. The outcome of the 1st round was embarrassing for the Swedes as they lost 3 to 12. However, the Terrorist advantage was pretty evident – when the two teams switched, 1337 managed to claw back in to the contest with a score of 12 to 3, equaling the overall score
of the two teams. Since the outcome was a draw, the teams then had to play in extra time, where SK Gaming, playing as Terrorists, managed to win the overall contest with a whooping score of 5 to 1.

The 2nd of the Best of 3 contest was played out at de_train. Here, 1337 once again played as Counter Terrorists first and managed to win the round by a comfortable score of 12 to 3. The game got a little too tight for 1337 after the switch (score: 4 to 10), but the Swedes still managed to win the overall game.

Since the 2 games that had been played did not portray a clear winner, it was time for the 3rd and final game. This time around, the two teams battled it out at de_mirage, with 1337 playing as Terrorists first. The score of the 1st round was a tight 8 to 7. However, as the teams switched, 1337 managed to dominate the game and win the round comfortably with a score of 8 to 3, winning the Best of 3 contest.

Content with their underdog status, Team.Dignitas showed no signs of buckling under pressure as the teams battled it out at de_mirage. Here, the Danes played as Terrorists first, but lost the round with a score of 6 to 9. However, in what was to be the greatest upset of the tournament so far, Team.Dignitas absolutely destroyed Virtus.Pro.CS after the switch with the score being 10 to 3. Leaving everyone shocked, Team.Dignitas not only managed to progress to the next round, but in doing so they also eliminated the World
No.3 Team.

The second and final match of Round 3 was held between Natus Vincere and 1337. The first of the 3 games was played at the evergreen de_inferno, where Natus Vincere, playing as Counter Terrorists first, won the round 13 to 2. As the two teams switched, 1337 did manage to stage somewhat of a comeback, winning their Counter Terrorist round 9 to 3. The overall score, however, was in the favor of Natus. Vincere.

Game number two between the two sides was played at de_mirage, and this particular game was one-sided to say the least. Here, Natus Vincere played as terrorists first and won quite comfortably with a score of 13 to 2. As the teams switched, the match continued in the same vein, as Natus Vincere wrapped up the contest with a score of 3 to 0.

The lower bracket of the playoffs also saw some exciting match-ups. The first game was held between HR.CS vs. Flipsid3, with the former winning the contest 2 to 1. The second match of Round #1 was held between SK.CS and Gamers2, where the latter managed to come out on top with an overall score of 2 to 1.

The CS:GO Champions League includes comprises of a total of 10 teams and a single group. The top 6 ranked teams progress on to the Playoffs. The teams ranked 1st and 2nd at the end of the group stages get to play in the 2nd round of the Playoffs. In the Playoffs, 6 teams compete with only the top 3 making it. The teams progressing to the Grand Finale play 5 matches in a best of 5 scenario, with a 1 map advantage. 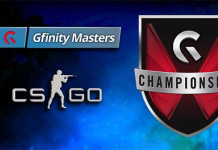