To completely understand the historical proportions that Counter-Strike has left on the gaming community, one must first go back to its inception, and consequently, its creator. A Vietnamese-Canadian computer game developer, Minh “Gooseman” Le’s first mod was for the original Quake platform and was published in 1997 under the title Navy SEALs. This would be the harbinger to Counter-Strike, as Le laid the framework for reloadable weapons, realistic ammo management, the ability to use flash bangs, and for the first time ever, the ability to land headshots.

After finishing Navy SEALs, Le continued to refine his skills by working on a project called Action Quake 2. The introduction of maps that modeled real-life settings (a staple for early versions of Counter-Strike) and improved, realistic weapon models were created. It was here that Le would meet project webmaster and eventual co-creator of Counter Strike, Jess Cliffe. Together, they began to draw on ideas from Le’s experience with Navy SEALs and their work with Action Quake 2 to conceptualize a new game, one that would feature realistic gameplay.

While Le finished his fourth year at Fraser Simon University he began working on Counter-Strike extensively, “about 30 to 40” hours a week Le mentioned. Initially, it was to be a simple mod for Valve Software’s immensely popular game, Half-Life. The concept was to make everything as world like and realistic as possible, including expanding on a niche that had not been covered effectively at that time, terrorists vs. counter-terrorists. In an hour long interview with RGN during May of 2014, Le said “There weren’t a whole lot of games out there that dealt with that theme,” while also acknowledging Rainbox Six as source of inspiration “I thought it was kind of like a mysterious topic that hadn’t been covered as well.”

In June of 1999, the first beta version of Counter-Strike was released. “I was really just hoping we would find a small player base to grow from–nothing too substantial,” Le said. From its launch, the community immediately embraced the project, and it quickly gained popularity. It was here Jess Cliffe began to become more involved with the project, launching a website to hold player and developer conversations. This was paramount to early development of Counter-Strike, as Le made alterations to the game based on Cliffe’s analysis of player feedback. “We didn’t actually make any of the levels for Counter-Strike; all of the levels were made by the community. They would make levels and submit them to us, and we would review them.” Le said. “We would choose which ones we liked and include those in the next version we released. So basically that is how the game was developed. It was me, my partner Cliffe, and the community. It was kind of like crowd development.”

With the fourth release of the beta for Counter-Strike and its vastly growing success, Valve began to assist in the development and modification process. In April of 2000, Valve purchased the rights to Counter-Strike and immediately hired both Le and Cliffe to head up the project from their office in Washington, D.C. At that time, Minh began development on a new game, Counter-Strike 2, but this was quickly put on indefinite hold to focus on expanding what was currently developed. The first retail version of Counter-Strike (1.0), was released in November of 2000 with six official updates following in the years to come. As Valve began to evolve as a company, they released Counter-Strike version 1.6 (CS: 1.6) to coincide with their shut down of all WON servers, transferring their system to their new Steam platform.

As this was all ongoing, Valve had contracted Rogue Entertainment to start development on a new project in 2000, Counter-Strike: Condition Zero (CS: CZ). Rogue Entertainment’s producer, Jim Molinet, would eventually move to Sony during development, leaving the defunct project with Valve. Valve then gave development rights to Gearbox Software. Gearbox Software set out to create an entire overhaul of Counter-Strike, with improved models, textures, and graphics. They added new features as well, such as alpha blending, or the ability for realistic foliage and weather effects. A single player mode, not introduced with the original game, was also added. The game was also ported over to the Xbox, a first in the Counter-Strike generation.

After its release in 2003, the reception for CS: CZ was poor from critics. 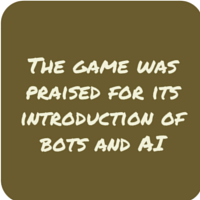 The game was praised for its introduction of bots and AI, as well as new maps, but the process and delays involved (it took nearly four years from initial development to release), had left the graphical upgrades out-of-date with current games. Also, the Counter-Strike player base felt the animations were clunky, and recoil was a major issue.

As Le continued working at Valve, he began developing the successor to CS: 1.6, Counter-Strike: Source (CS: Source). This would be featured on Steam’s new Half-Life 2 Source engine. At first, the reaction from the community was conflicting. CS: 1.6 and its different play styles (deathmatch, surfing, fun games, zombie mods, as well as others) were still evolving. The major selling point was improved graphics, animations, and textures as well as the new source engine. Just like CS: CZ though, initial reactions from the community were divided.

While CS: Source was widely more popular than CS: CZ, a large portion of the player based remained on the original platform, CS: 1.6. This was largely because of the familiarization with animations (recoil), the low graphical demand on computers, and the vast amount of modification and add-ons that the community had developed.

With the mixed reviews on CS: CZ and CS: Source, Valve decided to approach development on the next follow-up game, Counter-Strike: Global Offensive (CS: GO), in a different way. “I think Valve got to the point where they were like, ‘Yeah, it’s impossible to please everybody’.” Le mentioned. “So they just focused on making CS: GO as good as a product as they can for whoever chooses to play it.”

CS: GO would be released in 2012, almost 13 years after the launch of its original beta mod. The sustainability of the game can be attributed to its large player base, custom content created by 3rd parties, and its competitive scene. “Counter-Strike is more something for the esports scene, and that’s why it’s distinctly different to Call of Duty and Battlefield 4. I think there will always be a place for CS, because people appreciate that skill-based gameplay. They really want the game to focus more on what their skills are.” Le said.

Now, almost sixteen years since its first beta version and 25 million copies later, Counter-Strike: continues to be one of the dominant games on the Steam Platform. What was once a mod for Half-Life has established itself as a core title in competitive gaming and while first-person shooters have evolved significantly over the past 15 years, Counter-Strike remains a testament to time.